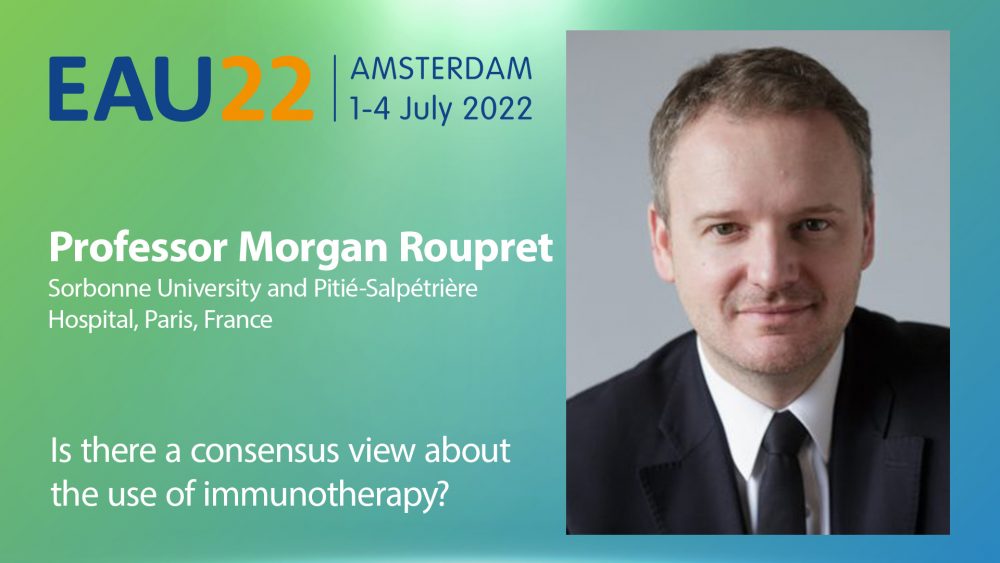 The introduction of immunotherapy with immune checkpoint inhibitors has improved outcomes in trials. In this video Professor Morgan Roupret explains the current situation regarding immunotherapy and bladder cancer:

This session was much more ‘eminence-based’ than ‘evidence-based’ because at this moment patients are still being enrolled into trials and no definitive results are available. Immunotherapy is being considered at every stage of the natural history of bladder cancer. It was first tried in metastatic disease but “we are a bit disappointed by the outcomes”, says Professor Roupret. Immunotherapy is now being considered as adjuvant therapy after radical cystectomy “and we have positive signals coming from phase two and phase three trials – letting us think that it could be a solution or an option in patients with very …..  aggressive outcomes after the pathological assessments”, he says. However, more mature data will be needed to make a definitive statement and to incorporate that as a game-changer into the guidelines, he concludes.

Speakers presented the arguments for and against the use of adjuvant immune checkpoint inhibitors for everyone.

Professor Michiel van der Heijden (Amsterdam, The Netherlands) said that according to ESMO guidelines, adjuvant therapy is worthwhile if it results in a survival benefit of 5% or more. Disease-free survival (DFS) is often used as the endpoint in current trials although it does not always translate into OS benefit. In such situations an improvement in DFS with a hazard ratio (HR) of 0.65-0.80 is regarded as ‘substantial benefit’, he continued.

The results of the placebo-controlled trial of adjuvant nivolumab in muscle-invasive urothelial cancer (MIBC) with PD-L1+ve tumours showed that DFS was significantly better with nivolumab (HR for disease recurrence or death = 0.55, p=0.001).1 Thus, there is a strong case in PDL1+ve tumours. However, the benefit appears to be confined to PDL1+ve tumours.

The standard therapy for MIBC includes neo-adjuvant chemotherapy and a meta-analysis shows that there is a 5% five-year OS benefit. Furthermore, this was achieved with older chemotherapy regimens and modern treatment could provide greater benefits, said Professor van der Heijden. Patients who achieve complete remission have a relatively good prognosis but those who have residual disease at cystectomy do poorly and this group represents an unmet clinical need, he said.

The VESPER trial clearly demonstrated the benefits of modern adjuvant chemotherapy in improved progression-free survival (PFS) and OS. However, there was still a substantial number of patients who had recurrence of disease and died – again pointing to unmet clinical need.

Professor Thomas Powles (London, UK) argued that there is insufficient evidence for adjuvant immunotherapy in urothelial cancer at present.

“Our goal is to make patients feel better and live longer”, but this does not happen with immune checkpoint inhibitors – “It’s a year of therapy and 10 percent of patients get life-changing toxicity ranging from pneumonitis to diabetes”, he said.

Moreover, as yet there is no “survival signal” for these drugs. Atezolizumab failed to improve OS in a recent trial and there is no nivolumab survival data so far. Although early DFS results for nivolumab look promising, results over a five-year time frame would be more meaningful, he argued.

Furthermore, there is uncertainty about the value of PD-L1 as a biomarker in bladder cancer. It may be less valuable than was first thought. Professor Powles noted that the IMvigor 011 trial uses circulating tumour DNA (ctDNA) as a biomarker.

“The PD-L1 biomarker has run its course – circulating tumour DNA is probably a better biomarker”, he said.

In addition, adjuvant therapy is associated with harm. “At least half the patients who are having cystectomy are cured by the surgery alone or with neo-adjuvant therapy”. Thus, the use of adjuvant checkpoint inhibitors puts about half of all patients in harm’s way, and life-changing toxicity occurs in 10 percent of patients, he argued.

Clear survival signals are need before adjuvant immune checkpoint therapy is used for everyone, he concluded. 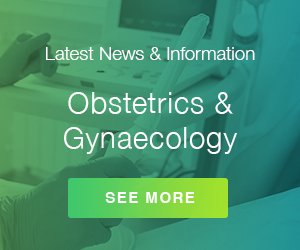