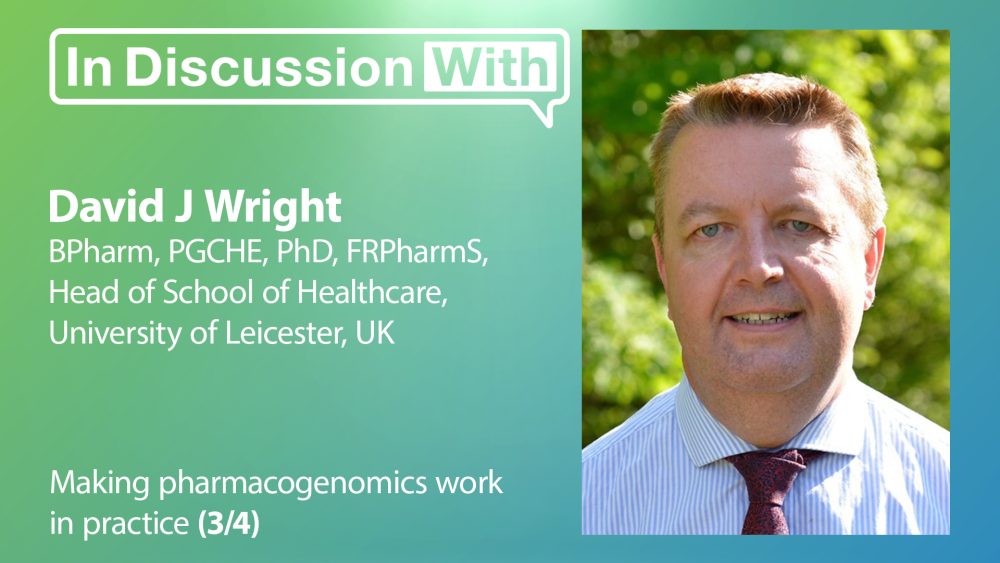 Actionable drug-genome interactions (DGIs) are found in one in five tests and this makes the processes of obtaining informed consent for testing and follow-up of test results particularly important, according to David Wright, Professor of Health Services Research at the University of Leicester.

GPs could order pharmacogenomics (PGx) tests much like any other biochemical test, but unlike other tests patients have many concerns and questions about PGx tests. Professor Wright explains:

“The patient concerns are …. Are you going to tell me who my dad is?  Are you going to tell me what my life expectancy is? Are you going tell me what disease I’ve got coming down the road?” …… So, you know, when you’ve got a patient [and say] ‘I need to take your DNA’ there’s all these concerns in their heads that you’ve got to overcome before you can actually take the DNA”, he says. Proper informed consent is critical. Patients from deprived areas are very often worried about this information going to the police or being used to solve crimes and then being recorded on a national database.  “So, there’s all these things we’ve got to think about as healthcare professionals so that we can reassure the patient that the bit of DNA we’re taking …. will only tell us about their medicines and nothing else and certainly that data will be secure [and] it will not be given to anybody else”, he says.

Once the result is received it is important to take time to explain it to the patient. Because other parts of the health service work on a ‘no news is good news’ basis there is a tendency to think that if you are called to receive test results then there is bad news. However, one of the reasons it is important to communicate negative PGx results (where no genetic reason for altered response is found) is that evidence suggests medication adherence improves when patients understand that their treatment is individualised and is safe and appropriate for them. “If you want to get the most out of the test you communicate at the start, you communicate at the end and then you make sure that the right changes are made to therapy and the patient’s expectations are managed through the process”, says Professor Wright.

He recalls that some patients have been a little upset to find that there was no genetic cause for the side effects that they were experiencing. This was because their expectations had not been appropriately managed, he says. For GPs this could be a time-consuming process, especially as only one in five tests is likely to detect an actionable drug-genome interaction (DGI). “What they need to be able to do is say [to a patient], ‘Go to your pharmacist, ask for a test, let them talk to you about it and they can give me the result and discuss it, if need be. If not, they’ll just discuss it with you’”, suggests Professor Wright. Ideally, this is something that could fit into the New Medicine Service (NMS) and provide an additional piece of information, he suggests.

PGx services in other countries

Pharmacy-based PGx services have a “head of steam” in The Netherlands but one country where it is well-developed is Australia where a private service was set up.

Professor Wright explains: “The measure of success was that the doctors actually got to the point of saying to the patients, ‘Can you go to the pharmacist, get this test first and then I’ll prescribe for you’. Now there is a difference in Australia because patients are used to paying for their care ……. so therefore, it’s more acceptable for the doctor to say that”. In fact, the doctor might even explain that by doing the test first it might be possible to prescribe the right drug and dose for the patient first time and avoid trying three others first. What this shows is that “when the doctors see the benefits and see the results, they engage with it more”, he says.  He envisages a situation where every time a NMS interview was done for a patient with specified treatments, a PGx test could be ordered and charged to the surgery. Such a process could build a good working relationship between the community pharmacist and the prescriber and lead to better quality patient care.

He also holds the position of Professor of Clinical Pharmacy at the University of Bergen, Norway 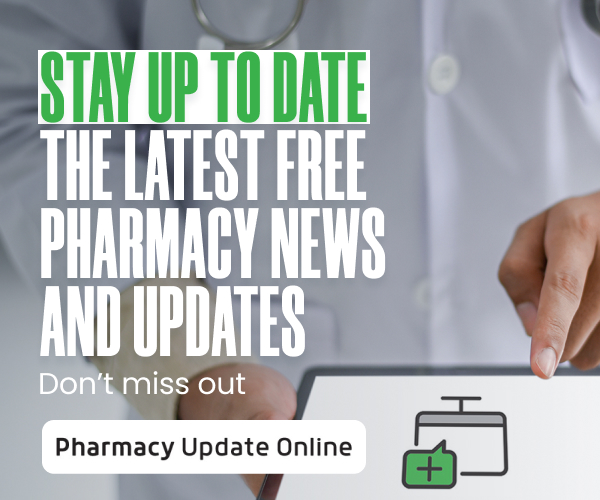