by Dr. Riyaz Shah, Consultant Medical Oncologist, Kent Oncology Centre – The ASCO 2011 Annual Meeting took place in early June at the vast McCormick Place Convention Centre in Chicago. With 337 original peer reviewed abstracts relating to lung cancer, a full summary is beyond the scope of this update but I will attempt to highlight some key studies.

To date several randomised Phase III clinical trials have established the role of EGFR tyrosine kinase inhibitors in treating EGFR activating mutation positive lung cancer in the first-line setting. These trials randomised patients to either conventional cytotoxic chemotherapy or EGFR tyrosine kinase inhibitors (TKI). Most trials looked at gefitinib but a single trial evaluated erlotinib. The efficacy outcomes for these trials were similar and all were performed in Asian patients.

Rosell et al presented early results from the EURTAC trial. This trial was performed by Spanish, Italian and French groups and represents the first randomised Phase III trial to look at the question of efficacy of EGFR TKIs in Caucasian mutEGFR patients. Chemonaïve, stage IIIB/IV patients with a PS of 0-2 were tested for EGFR mutations using laser capture microdissection followed by both DNA sequencing and ARMS PCR. Patients with either an exon 19 deletion or exon 21 L858R mutation were randomised to either four cycles of conventional platinum-based chemotherapy or 150mg erlotinib once a day. The primary endpoint was PFS and the study was powered to detect an HR of 0.6 (80% power and alpha = 0.05) in favour of erlotinib.

A total of 1227 patients were screened and 174 randomised (86 in erlotinib arm and 88 in chemotherapy arm). Baseline characteristics were well balanced. 66-72% of patients were never smokers and 2/3 patients harboured an exon 19 deletion.

While OS data was still immature, many patients in the chemo arm crossed over to erlotinib. As expected there was no OS benefit and is consistent with the other published studies.

The authors rightly concluded that this was the first randomised trial to confirm the benefit of EGFR TKI as first-line therapy in Caucasian patients with EGFR activating mutations.

Currently NICE guidelines approve first-line gefitinib use in EGFR mutation positive lung cancer. No doubt this data will facilitate licensing of erlotinib in the same setting. Unfortunately not all MDMs in the UK are routinely testing patients for EGFR mutations. Given the body of evidence showing efficacy and quality of life benefits for TKI therapy, this position seems increasingly unsustainable.

Other mutations in NSCLC

One of the most exciting developments in lung cancer therapeutics has been the realisation that the disease which we treated as a single entity not that long ago is in fact a multitude of different conditions. We already have histologically directed treatment with non-squamous tumours benefitting from pemetrexed-based regimens. In addition we already know about EGFR mutations and ALK translocations.

An exciting piece of work presented at ASCO last year was a genotyping project led by Dr. Paul Bunn of Denver Colorado. He founded the ‘Lung Cancer Mutation Consortium’, a collaboration of 14 academic centres in the US with the aim of testing a panel of lung adenocarcinomas for known driver mutations. They tested tumour tissue in over 1000 patients with stage IV lung adenocarcinoma and presented preliminary data from the first 516 cases. A panel of 10 specific genetic abnormalities was selected due to their known potential as drug targets (EGFR, KRAS, BRAF, Her-2, PIK3CA, AKT, NRAS, MEK1, EML4-ALK and Met amplification). Results showed that 54% of lung adenocarcinomas had one of these mutations and interestingly almost all (97%) were mutually exclusive. This raises the tantalising prospect of individualised molecularly directed therapeutics in the future. Naturally these agents will all need to be prospectively validated in clinical trials before establishing their role in routine care.

CALGB9633 was a pivotal trial in early stage lung cancer. In this trial 344 pts with stage IB NSCLC who had undergone curative resection were randomised to observation or four cycles of adjuvant carboplatin + paclitaxel. In 2004 the safety monitoring board stopped the study due to a signal of efficacy. This was presented as an ASCO oral in 2004. The hazard ratio for survival was significant at 0.62. A subsequent oral ASCO presentation in 2006 showed this benefit had disappeared. This year updated results implied a potential benefit in larger T2 tumours with a significant HR for tumours >7cm in size (HR 0.052, p=0.048). This remains an untested hypothesis but many oncologists will consider recommending adjuvant chemotherapy after resection of large T2 tumours.

Jotte et al presented data from the ACT-1 trial, which randomised patients with small cell lung cancer in the second-line setting to either amrubicin or iv topotecan. Amrubicin is a potent topoisomerase II inhibitor that already has approval in Japan.  The primary endpoint was survival. Over 600 pts were randomised in this trial. Both arms were well balanced. While the median number of cycles given was the same (four) in both arms, topotecan was associated with more frequent dose reduction and resultant lower relative dose intensity. No difference in median OS was seen (7.5 vs. 7.8 months). Amrubicin was associated with a greater response rate (31% vs. 17%), longer duration of response, longer PFS and improvements in appetite, cough and dyspnoea. Topotecan was associated with more myelosuppression and no symptom improvements on the Lung Cancer Symptom Scale. Essentially amrubicin is an active drug in this disease and the oncological community will welcome another therapeutic option however, CAV will probably remain the mainstay of second line therapy in refractory SCLC.

Little new data other than the results of a European study showing switch maintenance with thalidomide is not effective.

This was yet another bumper ASCO for lung cancer. So much that has not been touched on in this brief synopsis. The key message revolves around the expanding understanding of molecular abnormalities, biomarkers and targeted therapies. There is no doubt that the face of cancer therapeutics is changing rapidly and the UK is in danger of falling behind without increased support for pathology labs and oncology units. However, prevention and early detection remain the strategies likely to save the most lives. 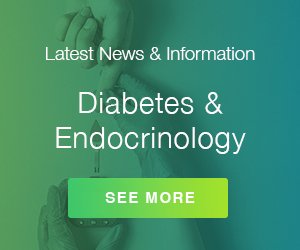