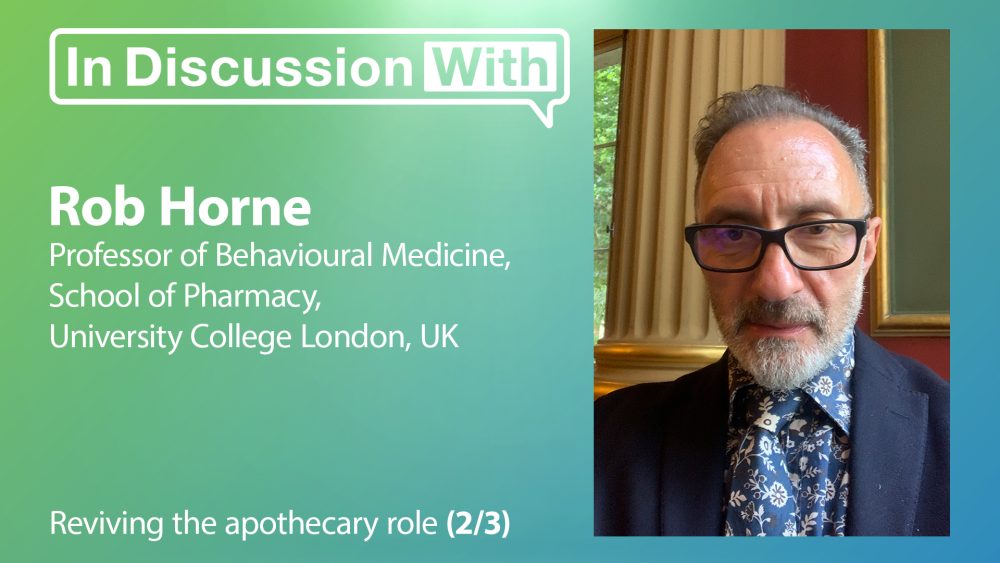 Rob Horne, Professor of Behavioural Medicine at University College London School of Pharmacy, has no doubt that evidence supports the use of psychological and behavioural techniques to improve adherence and other health outcomes for patients but what is needed to unleash the full scope of community pharmacy services is a remuneration model that is fit for the 21st century.

A number of studies have demonstrated the value of applying insights from psychology and behavioural medicine to pharmacists’ day-to-day practice.  More than 10 years ago Professor Nick Barber from the School of Pharmacy (at UCL) and a team from Nottingham University led one of the landmark studies.  More recently, a group in Belfast, led by Professor James McElnay, showed that it was also possible to apply these approaches “with significant improvements in patient adherence but also in other outcomes such as reduced readmission to hospital”, says Professor Horne.

In order to tailor the response appropriately the pharmacist needs to know what doubts and concerns a patient has about their medication. Professor Horne recommends an approach that can give the patient the opportunity to ask questions and air concerns in a low-key, conversational way.  When handing out dispensed items, instead of asking, ‘Have you had this before?’ he advocates a different approach. “I would suggest a very simple alternative to that which is first of all to say, ‘Hello, I’m your pharmacist. I’m looking after your medicines. Can I ask if you have any questions or concerns about this medicine?’. What I found in my practice, and in the research studies we’ve done, is if you just say that to people, they will often tell you what is on their mind.” Most people will say they are fine but, often, when the person does have concern, they will say so.

Professor Horne continues: “Now there are lots of other initiatives that I think one could develop for community pharmacy which would encourage the public to see [that] the type of support that they can get from the Community Pharmacy is maybe a lot more than they might expect.”

The next question that arises is whether it is realistic for community pharmacists to work in this way within the framework of the current business model. Professor Horne addresses this in two parts. First, he considers the evidence for effective services, noting that the New Medicine Service (NMS) is a good example of a service based on evidence.

He says: “You only need to look at the New Medicine Service in the UK as an example that was based on an earlier study that we did,  applying these approaches, at the School of Pharmacy led by [Professor] Nick Barber. What we did was to apply the idea of understanding the patient’s beliefs as well as their capabilities.  …… Then, in a brief phone call from the pharmacist, typically about 10 minutes, we were able to address those belief barriers and practical difficulties in a way that led to a significant Improvement in adherence – engagement with the treatment. That was a ‘proof of principle’ study that showed that you can apply behavioural interventions through a pharmacy channel; it was the inspiration for the New Medicine Service.”

Most health economies today are facing a situation in which there is a shortage of access to doctors, a need for more preventative care and better self-management of conditions within the community. “I believe that pharmacists could have a much greater role in this – they are well-trained scientifically, they’re accessible and there’s lots of them and I think it’s amazing how little we use pharmacies. If you look, for example, at musculoskeletal pain control and the huge societal impact of that, I believe that pharmacists could be more involved and, using the tools that they have at their disposal on the ‘P’ (pharmacy only) medicine shelves, could probably do a lot more to support pain control. That includes not just the medicines but other psychological tools and techniques that you should be able to access in your pharmacy”, he says.

The second part of the answer involves taking a wider perspective.  If community pharmacists are to embrace a wider role, then this has further implications for the business model. Professor Horne says: “It really seems to me that we have a rather old-fashioned and, dare I say, outdated, way of remunerating pharmacy through the NHS which is based on the volume of prescriptions. That, I have to say, is so ‘last century’. It’s almost beyond the last century and it emphasizes a role of the pharmacist which is about the safe supply of medicines”.  Focussing on safe supply in this way is important but much of this could be automated in the near future, he argues. More seriously, “it fails to recognize the huge contribution that pharmacists can make in how medicines are actually used by patients”, he says. In addition, community pharmacist could be taking a bigger role in prevention of ill health.

“We need to have a remuneration model that is fit for a 21st century public need and a 21st century pharmacy capability.  I think I’m probably talking more in the realm of the ‘apothecary role’ than the pharmacist as a person who is limited to safe supply [of medicines]. As soon as we say ‘safe supply’, it implies a clinical role – they have to engage with clinicians, [asking] ‘Is this the right prescription?’ and they have to engage with patients [asking] ‘Are they able to take the treatment the best effect?’ – so the apothecary role is, in a way, an extension of safe supply but it goes wider. Just funding pharmacy on the basis of safe supply is, in my view, a missed opportunity for governments and society”, he concludes. 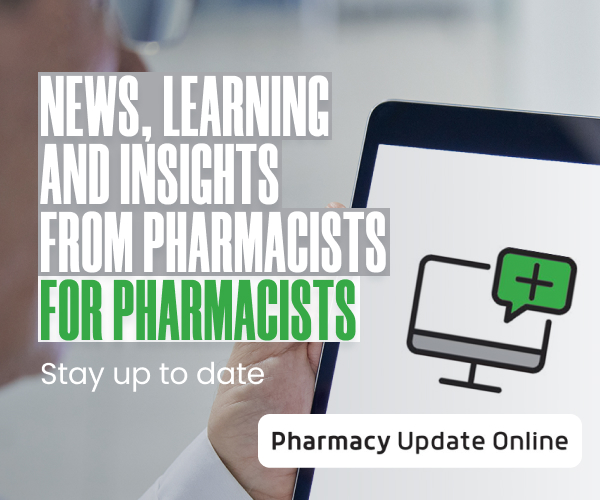