Medical Update Online > All Medical News > 'In Discussion With' > Dr Cathrine McKenzie > What can pharmacists contribute to delirium management?

What can pharmacists contribute to delirium management? 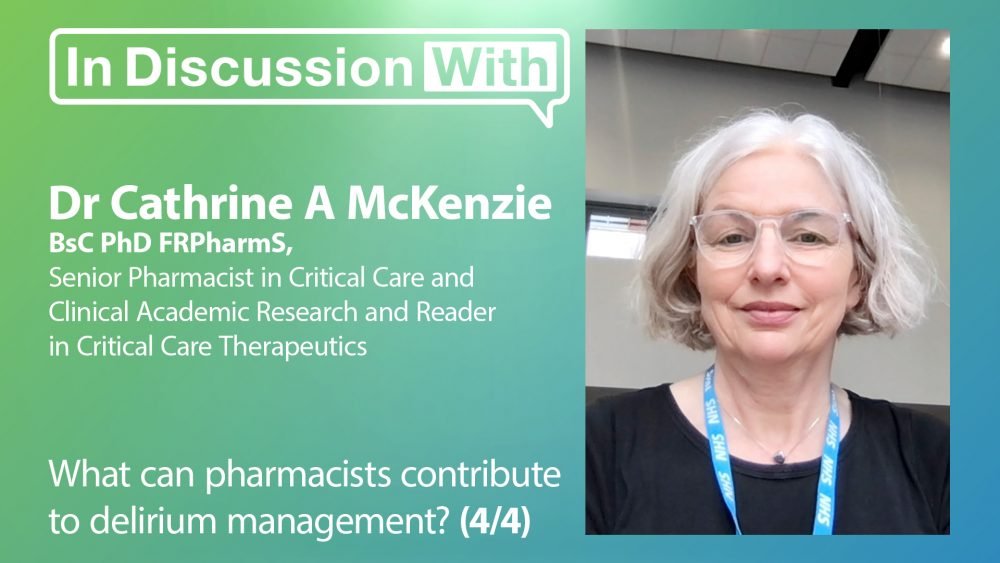 Dr Cathrine McKenzie, Senior Pharmacist, Critical Care argues that pharmacists in all sectors need to be aware of delirium because they all have something to contribute. Moreover, a career in critical care pharmacy offers fulfilling work in a multidisciplinary team with opportunities for research.

Pharmacists in the intensive care unit (ICU) should be aware that when ventilated patients are given sedatives and opioids “there is reasonable evidence that the more sedative an opioid we give to the patient the greater the risk of delirium later – so we should be there at the bedside every day ensuring that the doses are right for that patient and they are regularly reviewed. … It’s even more complicated in ICU, of course, as many of these patients have got multiple organ failure – their kidneys don’t work, their livers don’t work properly and, of course, that’s how we metabolize and eliminate drugs. So, the pharmacist should be there understanding the drug, understanding the sedative, and understanding the antimicrobial, [as well] because very high doses of them can cause delirium”, says Dr McKenzie. They should also be questioning therapy that is of limited benefit, for example, long courses of antipsychotics.

As patients begin to recover,  pharmacists should be reviewing their prescriptions and ensuring therapy that is no longer necessary is not continued long-term.  “As well as all that, which is our professional role, we should also be talking to our patients, even when they’re acutely unwell. … Remember, this orientation in time and place is very important. Of course, if someone’s on a very high concentration of oxygen and they’re deeply sedated, they’re too unwell but as they’re coming round [and] as they’re being rehabilitated, I always encourage my pharmacy colleagues to introduce themselves to the patients. This stimulation is actually quite important”, she explains.

When patients return to medical wards the pharmacist’s task is again “about medicines optimisation – reducing and stopping therapies that were started in the ICU that would be deliriogenic in the longer term”, she says. Other key tasks include orientating patients in time and place and reducing their anticholinergic burden. “This might be a good time for the pharmacist to look at the patient’s long-term medicines and perhaps talk to the patient about those that are likely to have an increased anticholinergic burden in the longer term and change or optimise their therapy”.

At the time of discharge, it is important to ensure that treatment is appropriate. For example, after major surgery opioids may be required for pain control but “that doesn’t mean [the patient] should go home on a long-term opioid, which increases the risk of delirium”, says Dr McKenzie.

In the community setting “there’s a huge role”. In this context, the proposed POM to P switch for oxybutynin is causing some concern because of the high anti-cholinergic burden associated with the drug. “I think pharmacists should be aware of the risks that this drug poses in terms of triggering dementia. As I said, long-term exposure certainly increasing the risk of delirium. So, it’s about properly counselling the patient and in a very elderly patient, perhaps … recommending another therapy. …  I’d like to say, encourage them to [take] thiamine but of course that’s not evidence-based medicine yet because we don’t really have the evidence, she says. “Actually, if we know the patient is alcohol-dependent, checking that they are on long-term thiamine therapy will reduce their delirium- but that’s alcohol-associated delirium”, she adds

Dr McKenzie’s advice to young pharmacists thinking about a career in critical care pharmacy is “Don’t hesitate! It’s a great speciality to go into”.  One of the attractions for her has been the strong focus on basic pharmacology and pharmacokinetics. “We take the drugs back to first principles a lot, you know, so we have to understand the drug properties, its pharmacokinetic properties and how it’s dosed within that patient – and we do that on a daily basis. So, if you’re passionate about keeping that side of your pharmacokinetic brain alive, it’s the speciality for you. And, actually, we’re a real multi-disciplinary team – we work very well together. I think it’s a huge area for pharmacists [with] a large number of consultant pharmacists – a number of us have PhDs – lots of opportunities to research. So, don’t hesitate!” 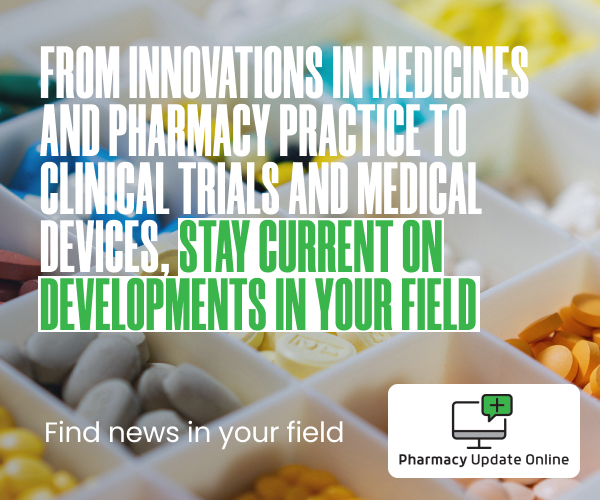