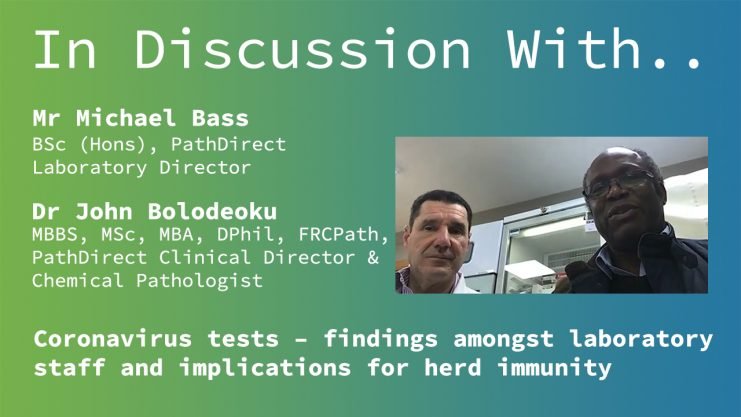 Testing of hospital laboratory staff for antibodies to covid-19 revealed some interesting findings and led to questions about herd immunity.

At the beginning of the covid pandemic Mr Michael Bass (PathDirect Laboratory Director) decided to check the antibody status of all the staff in his staff in his laboratory.

“We had PCR results for many of them. We monitored them and results were quiet interesting. I would say everyone was exposed to the virus – half of them became positive and the other half remained negative”, says Mr Bass.

Moreover, in people who were “strongly positive” – i.e. experienced more severe symptoms and needed to take time off – antibody levels “have remained significantly high” for several months. People who had weaker responses to the disease have had lower antibody levels and only one individual has become antibody-negative, so far, explains Dr John Bolodeoku (chemical pathologist and PathDirect Clinical Director).

The people who were serologically negative (i.e. no antibodies, negative PCR) remained negative apart from one individual in whom the diagnosis is assumed to have been missed. “There seems to be something going on with those people that is different, that has kept them negative, not become serologically positive”, says Dr JB

The results also identified a number of cases of people who had antibodies “who had no idea that they had ever had covid”, adds Mr Bass.

Turning to the question of antibody production and herd immunity, Dr Bolodeoku said that it is still early to be drawing conclusions about the behaviour of the virus. There are many pieces of information to be reconciled for example, cases of reinfection are occurring and, as seen the laboratory staff, in some people who have been infected, antibody levels have stayed high but in others the levels are falling.  “We do not know if the loss of antibodies is associated with a loss of immunity to covid-19 infection, said Dr Bolodeoku

The situation is confused because some people are certain that they have had covid-19 but when tested they turn out not to have antibodies. On the other hand, there are people in the same bubble where one person has covid-19 infection and the other person does not contract it despite being in the same bubble. It might be assumed that living closely together, the one should have infected the other, but that does not happen and we do not know why, explains Dr Bolodeoku.

The Swedish experience is often held up as an example at present we do not know what other factors might be at play there.

Dr Bolodeoku says, “I don’t think it is as simple as herd immunity – only time will tell. This is still a disease that as every month goes by we are still learning about it.  What we can say now is that the first wave is over, but now, in the second wave,  people are not dying in the same number s as the in the first wave, although many more people seem to have the disease.”  Another factor could be the increased number of tests – more tests inevitable lead to the identification of more cases.

Mr Bass adds that his findings suggest that herd immunity has developed amongst the 60-70 people who work in the laboratory bubble.  He expected to see a change when the initial lockdown ended but “the basic status did not change – people did not suddenly become positive when the lockdown was over”, he said. The laboratory staff were not involved with people who were very sick and so these observations probably should not be extrapolated to the wider population, he adds. 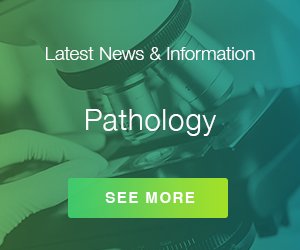