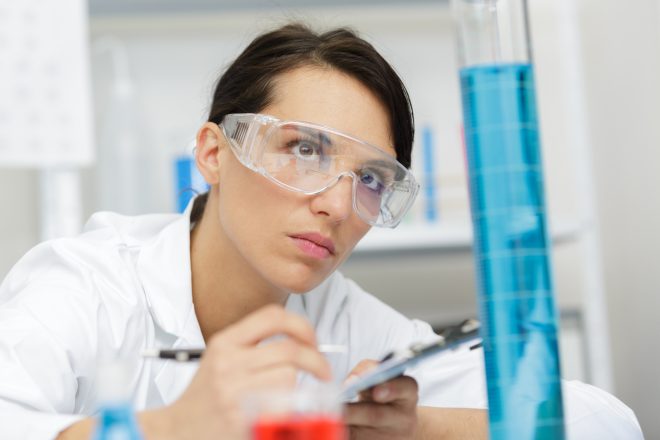 “The genome can be thought of as the hardware driving a cell whereas the epigenome is more like the software – it is dynamic and erasable”, said Professor Ari Melnick (Professor of Hematology and Oncology, Weill Cornell Medical College, New York).

Epigenetic activity determines which genes are expressed and when – although this area is as yet “barely understood”, he acknowledged.

Mature B cells are primed to differentiate but the process is complex. In order to switch into the germinal centre reaction B cells must undergo extensive reprogramming involving “profound, massive changes”, explained Professor Melnick. The germinal centre reaction gives rise to the majority of B-cell neoplasms. (B cell lymphomas typically have a high frequency of somatic mutations in genes encoding enzymes with a role in epigenetic modifications.)

Epigenomes are constantly sensing the state of the cell and this involves multiple receptor interactions.  Mutations in epigenetic regulatory enzymes disrupt the normal control mechanisms. For example, equilibrium between histone writers and erasers maintains the germinal centre epigenome in a dynamic and reversible state. This equilibrium is destroyed by somatic mutations in epigenetic modifier genes such as KMT2D or CREBBP. BCL6 is the “master orchestrator” of GC B-cells and it works through transient epigenetic silencing of key gene pathways. Epigenetic somatic mutations in lymphoma disrupt plasticity at the immune synapse.

A number of mutations have been characterised but many more remain to be investigated:

CREBBP (a histone acetyl transferase) and HDAC3 (a histone deacetylase) oppose each other via BCL6 – CREBBP turns on enhancers and HDAC3 turns them off. Mutations of CREBBP disrupt enhancer switches resulting in sustained repression of BCL6 target enhancers leading to disruption of immune surveillance and disruption of T-cell signalling.

TET2 is required to maintain enhancer functionality during the GC reaction and a deficiency of TET2 suppresses enhancers.

A poster presented by David Sermer and colleagues (from Memorial Sloan Kettering Cancer Centre, New York) reported on the safety and efficacy of the HDAC inhibitor entinostat in combination with the PD-1-blocking antibody pembrolizumab in patients with relapsed/refractory Hodgkin lymphoma or follicular lymphoma. In preclinical studies, the combination of HDAC inhibitors and anti-PD-1 antibodies acts synergistically against various tumour models in mice. In the 11 evaluable patients, there was a 64% ORR across both disease types (100% and 33% ORR in the HL and FL groups, respectively). Analysis of previous lymph node biopsies for eight patients showed that all had at least one mutation in epigenetic-modulating genes and 5/8 (63%) had at least one mutation in histone acetyltransferase-encoding genes. There was no association between mutation status and response rate. The authors concluded that these early results from this ongoing phase II clinical trial suggested that the combination of pembrolizumab and entinostat is safe with encouraging responses in the study population, especially in those with HL.