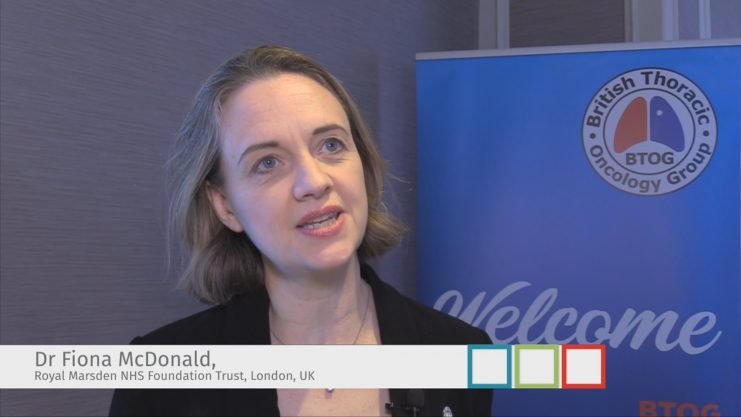 Dr Fiona McDonald (London, UK) discusses radical treatment for oligo metastatic NSCLC and if it should be the standard of care and Professor James Spicer (London, UK), the session Chair,  gives his highlights

Tackling the question of whether radical treatment should be the standard of care for oligo-metastatic non-small cell lung cancer (NSCLC), Dr Fiona McDonald (Consultant Thoracic Clinical Oncologist, Royal Marsden Hospital, Surrey, UK) explained that oligo-metastatic disease could be synchronous (when metastases are detected at the same time as the primary tumour) or metachronous (when metastases develop later). Disease can also be described as oligo-persistent (when a few lesions persist after treatment) or oligo-progressive (when a few lesion progress but other sites remain controlled after treatment).

Stereotactic radio-surgery (SRS) for cerebral metastases has grown rapidly at the Royal Marsden Hospital in recent years. Of the patients with brain metastases about 40% arise from NSCLC adenocarcinoma. The Oli-GOMEZ trial showed that local consolidation therapy (LCT) resulted in a median progression-free survival (mPFS) of 12 months vs 4 months in favour of LCT. The trial was stopped early because of this huge difference, said Dr McDonald.

Until the results of these trials are available the clear benefit in PFS [shown in the Oli-Gomez trial] should provide sufficient justification to treat – as if it would for a drug trial, she argued.

Dr Kidd’s work has shown a sarcopenia prevalence of 37% in MPM patients – all of whom are deemed suitable for chemotherapy, he noted. No trials of treatment for sarcopenia or weight loss in MPM have been reported. Ongoing trials for cancer cachexia in general are evaluating the impact of a variety of interventions including anabolic steroids, nutritional advice, and nabilone, a synthetic cannabinoid.

Dr Kidd concluded that more research is needed to define a targeted approach to sarcopenia in MPM.

Despite four decades of research and more than 100 randomised controlled trials, there were no real advances in the treatment of small cell lung cancer until the arrival of immunotherapy in 2018, according to Professor Michaela Higgins (Mater Misericordiae University Hospital Dublin). SCLC is strongly correlated with cigarette smoking and is rarely seen in non-smokers. The majority of patients present with extensive stage disease and the one-year survival is 37%. Until 2018 the standard of care was treatment with platinum and etoposide resulting in a median progression-free survival (mPFS) of 2.3 months and a five-year survival of less than 2%.

SCLCs have high mutational burden and might therefore be susceptible to immunotherapy.

The IMpower 133 trial showed that the addition of atezolizumab to carboplatin and etoposide for first-line treatment resulted in a 12-month overall survival (OS) of 51.7% vs 38.2% (HR 0.7 (HR 0.7 (95% CI: 0.54-0.91, p= 0.0069)). On the basis of these findings atezolizumab was granted FDA priority status and is now included in the National Comprehensive Cancer Network (NCCN) guideline (in the USA), but, in Europe, the EMA did not approve the drug.

In relapsed/recurrent SCLC response rates to single agent immune checkpoint inhibitors (ICIs) range from 10–36%. Nivolumab monotherapy is associated with median duration of response (mDOR) of nearly 18 months. Pembrolizumab monotherapy appears to be more efficacious in PD-L1 positive tumours. However, the survival outcomes are “modest” overall and the cost is high, said Professor Higgins.

Other drugs including DLL3 inhibitors, PARP inhibitors and lurbinectidin, an RNA polymerase II inhibitor, are on the horizon for SCLC.

In conclusion, Professor Higgins said, “We are making progress in small cell lung cancer at last – but it is slow. Don’t throw out your chemotherapy [yet]!”

Nurse led chemotherapy clinics in Kent were started in 2005 and involved only oral vinorelbine. Now, they administer the full range of intravenous chemotherapy and since 2015, immunotherapy as well. Sandra Wakelin (Clinical Nurse Specialist, Maidstone Hospital) described how an assessment tool had been developed to ensure that safe and standardised practice is followed throughout the county. The nurse-led clinic runs weekly alongside the consultant’s clinic; 20-minute appointment slots are allocated and 6–10 patients are seen each week.

Ideally patients should be seen in the nurse-led clinic two days before treatment is administered for blood tests and toxicity assessments. On the day of treatment the patients are contacted by chemotherapy team to check that they are fit for treatment.  All patients are provided with telephone numbers for emergency chemotherapy and lung clinical nurse specialist contacts.

The benefits of nurse-led clinics include holistic assessments, continuity of care, timely CT scans/appointments and a formalised assessment process. It also liberates some consultant time and ensures a more streamlined service.

The job is satisfying and audits show that patients are safely assessed and toxicities are detected and managed appropriately. In addition, there is positive feedback from patients.

Nurses had to learn about new types of side effects, explained Ms Wakelin. “Immunotherapy is generally well-tolerated – some patients think it is not working because they do not get chemotherapy side effects”, she said. 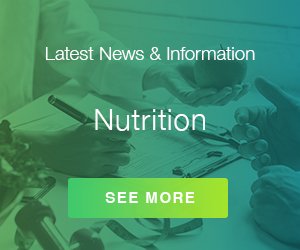