Lung cancer screening and its implications 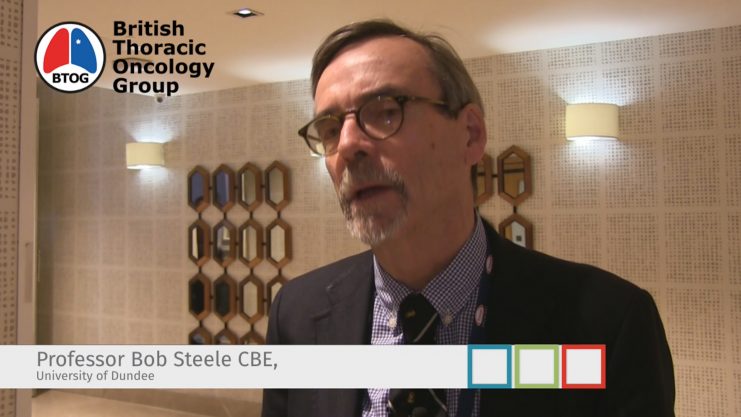 Professor Bob Steele CBE (Dundee, UK) discusses the potential implementation of a National Screening Programme in the UK, and the view post-NELSON, as well as highlighting the next steps in the process.

In order for screening to be effective it must be possible to reach the high-risk group from the general population, and a test that is both sensitive and specific must be available. In addition, the scheme must be economically viable and the benefit must outweigh the harm, explained Professor Bob Steele (University of Dundee and UK National Screening Committee [NSC]). Screening causes harm when there is over-diagnosis, psychological distress or diversion of resources from other worthy areas. The Dutch-Belgian Randomized Lung Cancer Screening Trial (NELSON) compared lung cancer death rates in current or former smokers aged 50–75 years who were screened with those who were not screened. The screening method was low-dose CT (LDCT) scanning performed at baseline and after 1, 3 and 5.5 years. The uptake of CT scanning was 95.5%. The results showed a 26% reduction in lung cancer deaths in the screened group. Professor Steele noted that bowel cancer screening had been introduced (in the UK) on the basis of a 15% reduction in deaths.

However, detailed examination of the NELSON study shows that about half of the people eligible for screening agreed to participate. Possibly, those who declined were heavy smokers with significant co-morbidities who could have more aggressive disease and be less able to withstand treatment. He concluded that screening of general population could not be recommended but it could be considered for current and past smokers. Looking forward, a clear process for LDCT screening will be required with strict quality assurance and efficient recall procedures, he said.

Professor Harry DeKoning (Rotterdam, The Netherlands) describes the impact of the NELSON study in Europe, and Professor Samreen Ahmed (Leicester, UK) provides a take home message from this study for the UK.

Good IT infrastructure, additional staff, rapid, centralised reporting and good quality assurance will be essential to support the gradual implementation of screening, he concluded.

One poster presented by Dr Nick Woznitza (Consultant Practitioner and Clinical Academic Reporting Radiographer, Homerton University Hospital, UK) showed that immediate reporting of GP-requested chest X-rays (CXRs) by suitably-trained radiographers shortened the median time to diagnosis from 30.0 days to 21.5 days for all CXRs and from 32 days to 18 days for those where cancer was suspected. Radiographer-reporting would be one way to increase diagnostic capacity, he suggested.

The NHS long-term plan seeks to increase the proportion of lung cancer patients diagnosed at stages I and II from about half to three quarters – an extra 55,000 per year, Mr Tim Batchelor (Consultant Thoracic Surgeon, Bristol Royal Infirmary) explained.

The NHS long-term plan seeks to increase the proportion of lung cancer patients diagnosed at stages I and II from about half to three quarters – an extra 55,000 per year, Mr Tim Batchelor (Consultant Thoracic Surgeon, Bristol Royal Infirmary) explained.m

Surgeons are likely to make more use of video-assisted thoracic surgery (thoracoscopic surgery [VATS]). VATS is associated with less pain and better quality of life (QoL) for up to one year after the operation. Findings from the Violet study (VATS vs thoracotomy for lobectomy) should be available soon, he noted.

Other developments are likely to include use of the Da Vinci robot, smaller operations, such as segmentectomy for tumours <2cm and electromagnetic navigation bronchoscopy (ENB).

Dr Callister and Professor Baldwin give their thoughts on the importance of smoking cessation, and where it might fit into a National Screening Programme

Previous research into the effectiveness of smoking cessation measures provided alongside lung cancer screening has yielded inconsistent results with quit rates ranging from 14–53%. This is probably because of the wide variations in settings, participants, interventions and outcome measures, said Professor Rachael Murray (UK Centre for Tobacco and Alcohol Studies, University of Nottingham, UK). Nevertheless, the screening process represents a ‘teachable moment’ because the majority of patients have emphysema or coronary artery disease or both, and are likely to be more motivated to quit cigarette smoking. Recent studies have shown that personalised risk information and ‘opt-out delivery’ are two measures that can increase the effectiveness of smoking cessation programmes.

The Yorkshire Enhanced Stop Smoking Study (YESS) is now testing the effect of adding personalised risk information derived from the LDCT scan to the routine smoking cessation intervention for current smokers attending for CT screening. People in the intervention group receive individualised information, including images from their CT scan showing emphysema or coronary artery calcification as evidence of smoking-induced damage to their heart and lungs. The booklets also explain how emphysema and coronary artery calcification affect organ function and what benefits might be expected form quitting smoking. The control group will receive usual care including one-to-one smoking cessation advice. Patients in the study will be followed up four weeks after their lung health check. So far, 95% of smokers have seen a smoking cessation practitioner at the time of the scan. Early feedback indicates that the intervention is well-received; one patient said (of the scan images) “now I’ve seen that, I want to keep a clean bill of health”. 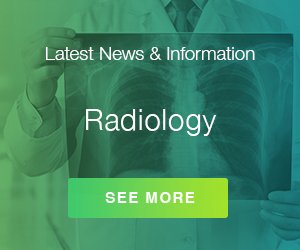