PACIFIC and beyond – the promise of immunotherapy

Professor Martin Reck (Grosshansdorf, Germany) gives an overview of the PACIFIC data, and Professor Field discusses some of the interesting questions raised after the presentation.

The hypothesis that immunotherapy (IO) would increase long-term survival in non-small cell lung cancer (NSCLC) was supported by the finding that first-line treatment of advanced NSCLC with pembrolizumab resulted in a four-year overall survival of 48% in the PD-L1 positive group. This also raised the possibility that IO at an earlier stage of disease might offer increased efficacy.

Combined chemotherapy and radiation (chemoradiation, cCRT) has direct cytotoxic effects and induces immunomodulatory changes. These include increased antigen release from dying tumour cells, up-regulation of PD-L1 and immunogenic cell surface proteins and changes in the tumour micro-environment. This provided rationale for the PACIFIC trial – a randomised, placebo-controlled trial of durvalumab in patients with stage III, locally-advanced, unresectable NSCLC who had not progressed after treatment with two or more cycles of platinum-based cCRT. The results presented by Professor Martin Reck (Grosshansdorf, Germany) showed a median progression-free survival (PFS) of 17.2 months (95% CI: 13.1–23.9) compared with 5.5 months (95% CI:4.6–7.7) with a hazard ratio (HR) of 0.51 (95% CI:0.41–0.63). The overall survival (OS) at 24 months was 66.3% vs 55.6% with a HR of 0.68.

Other similar trials have also explored the use of IO. LUN 14-179 evaluated the effect of consolidation pembrolizumab following cCRT for unresectable stage III NSCLC. The results showed a median PFS of 16.8 months.

There are also ongoing trials with atezolizumab, durvalumab, nivolumab and pembrolizumab in stage III NSCLC. There is also the question of the role of biomarkers – for example, durvalumab is now approved for PD-L1 positive patients. “We need to know if efficacy depends on PD-L1 expression”, said Dr Reck.

However, early stage NSCLC could also be a target for immunotherapy. There is an immunosuppressive micro-environment in the early stages of lung cancer with down-regulation of effector T-cells and NK cells, making it an attractive target for IO. Experiments in mouse models have shown that timing is important, especially in resectable tumours. Neo-adjuvant IO leads to a greater expansion of T-effector cells – tumour specific CD8+ cells – than does adjuvant IO.

This provided the rationale for Checkmate 159 – a Phase 1 trial of neoadjuvant nivolumab in newly-diagnosed, resectable stage I/II/IIIa NSCLC. The results showed that the treatment did not delay surgery and caused no increase in peri-operative complications. It elicited a major pathological response (MPR) in 9/20 patients that was independent of PD-L1 expression status.

The next step could be IO combinations. NEOSTAR is a phase II study of induction checkpoint blockade for untreated stage I-IIIa NSCLC amenable to surgical resection. It compares nivolumab alone (3mg/kg) against nivolumab (3mg/kg) + ipilimumab (1mg/kg). The first results suggest that the addition of ipilimumab makes little difference.

Many trials of IO in early disease are now in progress including neo-adjuvant and adjuvant use in resectable and non-resectable tumours. IO in early stage lung cancer provides new opportunities and possibly even the chance of a cure for some patients, although ‘cure’ is a word that oncologists are reluctant to use, acknowledged Dr Reck. “We should not lose sight of fact that tumour control over period of years with minimal toxicity is a significant achievement in itself”, he concluded. 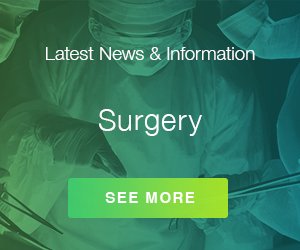