Invasive microbial infections are a major cause of morbidity and mortality in organ transplantation patients. The satellite symposia sponsored by Astellas Pharma at ESOT 2013 discussed the challenge of managing candidaemia and Clostridium difficile infection (CDI) in transplant recipients.

In the first presentation, Dr Carlos Cervera from Barcelona reviewed the epidemiology and clinical presentation of candidaemia and the evidence supporting currently available antifungal agents. Population-based surveys show that the incidence of candidaemia is on the rise all over Europe [1-4], and a large proportion of this increase is due to Candida species that are resistant to the azole class of antifungal agents, such as C. glabrata and C. krusei [5]. Transplant recipients are at particular risk of developing candidaemia, through exogenous acquisition via intravascular lines and also – and more commonly – through Candida colonisation of the gastrointestinal tract during immunosuppressive therapy [6,7]. The candidaemia mortality rate can be up to twice as high in transplant recipients compared with the general population [8], especially if antifungal treatment is not initiated promptly [9]. The Infectious Diseases Society of America (IDSA) makes specific recommendations for antifungal prophylaxis in transplantation, involving fluconazole or liposomal amphotericin B for up to 14 days in liver, pancreas and small-bowel transplant recipients [10]. In Europe, the more recent European Society of Clinical Microbiology and Infectious Diseases (ESCMID) gives no specific guidance on transplant patients, but makes a range of recommendations for non-neutropenic patients that apply to transplant patients [11]. The echinocandin class of antifungal agents is increasingly recommended for the treatment of candidaemia [11] and, according to Dr Cervera, appears well suited for use in organ transplant patients due to its susceptibility profile and relative lack of clinically relevant interactions with immunosuppressive agents.

C. difficile is another very difficult pathogen to manage in the clinic. Professor José Maria Aguado from Madrid gave an overview of the importance of CDI in transplant recipients, the limitations of current treatment options and new therapies on the horizon. CDI is reported to affect up to 16% of patients undergoing solid organ transplantation [12], with liver transplant recipients being especially at risk [13]. The increased risk of CDI in transplant patients can be partly attributed to the same CDI risk factors as in the general populations, such as advanced age, exposure to antimicrobial agents and prolonged hospitalisation [14,15]; however, transplant patients also have specific risk factors such as induction therapy with anti-thymocyte globulin (ATG) [13]. Kidney transplantation has also been shown to be a risk factor for CDI in itself [13]. In the US, CDI has been shown to double the length of stay in hospital and triple the mortality rate amongst transplant patients [16].

Current evidence-based treatment guidelines recommend metronidazole for the treatment of non-severe episodes of CDI, and vancomycin for severe episodes [17]. However, up to 25% of patients will develop recurrent CDI with potentially serious outcomes [18,19]. Professor Aguado stressed the need for agents that can prevent recurrences by inhibiting spore formation, and reduce mortality through greater activity against the C. difficile toxin. Fidaxomicin is a novel bactericidal agent which acts locally in the gastrointestinal tract; clinical studies have shown that fidaxomicin is as effective as vancomycin in a general CDI population, but with significantly lower recurrence rates and higher sustained response rates [18,20]. The American Society of Transplantation Infectious Diseases guidelines recommend that fidoxamicin should be considered in patients who have multiple recurrences of CDI and in patients with complications such as ileus or toxic megacolon who do not respond to five days or more of vancomycin treatment [14]; Professor Aguado suggested that fidoxamicin should also be considered after the first recurrence of CDI, and in patients with complications prior to starting vancomycin. 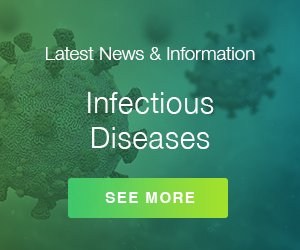