This is despite national downward trends in alcohol mortality, says authors.  There has been a “worrying” increase in alcohol related deaths among young women in England and Scotland, since the middle of the last decade, finds research published online in the Journal of Epidemiology and Community Health.

This is despite an overall fall in such deaths in both countries since the mid 2000s, say the authors, who describe the trends as a warning signal that must be heeded.

The researchers focused on Glasgow, Liverpool and Manchester, all of which have similar levels of poor health, deprivation, and industrialisation, to see if there were any factors that might help explain the higher rate of early deaths in Glasgow.

Heart disease and stroke used to explain excess deaths among those under the age of 65 in Glasgow, Scotland’s largest city. But since the 1990s, alcohol, drugs, suicide and violence have taken over where cardiovascular disease left off.

They analysed trends in deaths related to alcohol in all three cities from the 1980s up to 2011, looking specifically at the influences of age, gender, and birth cohort—10 year periods from 1910 to 1979.

In the early 1980s, rates of alcohol related deaths were three times as high as they were in Liverpool and Manchester, and rates rose over the next three decades in all three cities.

There was a sharp increase in these deaths, starting in 1993, in Glasgow, whereas rates were linear in the two other cities. But rates stabilised in all three cities by the early 2000s, and fell during the latter part of the decade in all three. The greatest fall was in Glasgow.

Across all three cities, similar age trends were evident, with the highest proportion of alcohol related deaths among men and women in their 40s and 50s.

Alcohol related deaths were roughly two to three times as high among men as among women in all three cities. But the pace and timing of the increase was the same across the sexes. In other words, there was no evidence that alcohol related deaths in women lagged behind those of men—unlike smoking.

Furthermore, a distinct pattern emerged for the youngest birth cohort of women—those born in the 1970s.

Unlike the men born at this time, women in Glasgow were dying from alcohol related causes at a much earlier age than in the previous birth cohort—and in “notable numbers” during the late 1990s and early 2000s.

Analyses of the birth cohorts for Liverpool and Manchester produced broadly similar trends, with deaths in young women in all three cities increasing at a much faster rate than they did in men.

Increased affordability and availability of alcohol, combined with effective marketing by industry and the promotion of the night time economy have undoubtedly played their part, say the authors.

Minimum unit pricing will help, but that won’t address the “deep rooted cultural influences at play,” say the authors, who admit that the patterns they found still don’t explain excess alcohol related deaths in Glasgow.

But they do add up to a warning signal about young women’s drinking habits, which must be heeded, they say.

“The similarity of trends in alcohol related deaths in young women in Glasgow, Manchester, and Liverpool raises real concerns for the long term health of this cohort in both England and Scotland,” they say.

As this occurred in all three cities, it “is hard to dismiss this as a city-specific phenomenon,” they continue, adding: “It is imperative that this early warning sign is acted upon. Failure to have a policy response to this new trend may result in the effects of this increase being played out for decades to come.” 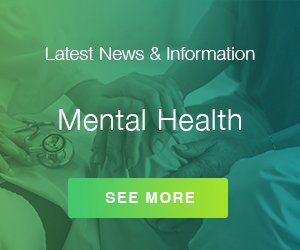