Aspirin still over prescribed for stroke prevention in AF

Aspirin is still overprescribed for stroke prevention in atrial fibrillation (AF) despite the potential for dangerous side effects, according to research published today.

Professor Gregory Y.H. Lip, lead author of the European Society of Cardiology (ESC) study, said: “The perception that aspirin is a safe and effective drug for preventing strokes in AF needs to be dispelled. If anything, you could say that giving aspirin to patients with AF is harmful because it is minimally or not effective at stroke prevention, yet the risk of major bleeding or intracranial haemorrhage is not significantly different to well-managed oral anticoagulation.”

He added: “All the contemporary guidelines1 say that aspirin should not be used for the prevention of stroke in patients with AF. And yet our study shows that aspirin is still overprescribed in these patients.”

Stroke prevention is central to the management of patients with AF. As the most common cardiac rhythm disorder, AF occurs in 1.5-2% of the general population in the developed world and people over the age of 40 have a 1 in 4 lifetime risk of developing AF.2 Patients with AF have a five-fold risk of stroke, and when they do have strokes they lead to more death and disability.3

The study published online today in the American Journal of Medicine provides the most up-to-date picture of European cardiologists’ prescribing of antithrombotic treatment, which includes oral anticoagulation therapy (warfarin and the novel oral anticoagulants) and antiplatelet drugs (mainly aspirin).4 The data are from the EORP Atrial Fibrillation General Pilot Registry of more than 3 100 patients in nine countries.5

Professor Lip said: “Aspirin is still overused for stroke prevention in AF. ESC guidelines say concomitant aspirin should not be given to anticoagulated AF patients with stable vascular disease. The combination of drugs does not reduce cardiovascular events and stroke but does increase the risk of bleeding.”

Another worrying finding was that oral anticoagulants were underprescribed in elderly patients, with aspirin alone more commonly prescribed. Professor Lip said: “Elderly patients are at the highest risk for stroke and yet they are given aspirin which is not recommended and potentially harmful. There is a perception that elderly patients do not do well on anticoagulation. But a number of studies now, including BAFTA,6 have shown that in elderly patients warfarin is far superior to aspirin in preventing stroke.”

Professor Lip concluded: “Our study of antithrombotic prescribing by cardiologists reveals a positive trend of increasing oral anticoagulant use. But worrying misconceptions and practices remain regarding aspirin, treatment of the elderly and paroxysmal AF.”

5About EORP: the ESC’s EURObservational Research Programme (EORP) of surveys and registries aims to provide a better understanding of medical practice based on observational data collected with more robust methodological procedures. The Atrial Fibrillation General Pilot Registry is the prelude to the larger Atrial Fibrillation General Long-Term Registry, which is currently recruiting from ESC member countries. Baseline data from the larger registry is set to be presented at ESC Congress 2015. 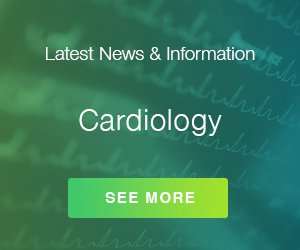