New research, presented at the 54th Annual Meeting of the American Society of Haematology (ASH), has identified important associations between Plasmodium falciparum (Pf) malaria and endemic Burkitt Lymphoma (eBL) that may help researchers identify young children who are more susceptible to eBL.

Unlike previous studies in which malaria infection alone was considered the important factor, this study approached the evolving complexity and heterogeneity of the humoral immune response to Pf as a key component for risk of developing eBL in young children who reside in malaria endemic areas of Equatorial Africa. The circumstances potentially set the stage for the development of serological signatures as biomarkers to better indicate the risk of developing eBL during malaria infection.

The study, titled “Risk of Burkitt Lymphoma Correlates with Breadth and Strength of Antibody Response to Plasmodium falciparum Malaria Stage-Specific Antigens,” was authored by Jeffrey Bethony, Ph.D., associate professor in the department of microbiology, immunology, and tropical medicine (MITM) at the George Washington University (GW) School of Medicine and Health Sciences (SMHS), along with Amar Jariwala, M.D., assistant research professor in the department of MITM at GW SMHS, and Maria Candida Vila, graduate student at the GW SMHS Institute for Biomedical Sciences. This research was done in collaboration with Sam Mbulaiteye, M.D., infections and immunoepidemiology branch, division of cancer epidemiology and genetics, National Cancer Institute, National Institutes of Health, who spent decades collecting the case and control sera in Ghana, as well as the study design and statistics.

The GW SMHS research team developed, optimized, and standardized an extensive panel of serological tests of recombinant Pf antigens representing several stages of the parasite life-cycle assayed in more than 700 cases and control samples from young children. These young children were either resident in Pf malaria endemic areas of Ghana, had eBL, or were the same age, sex, and of the same village to match a child who did not have eBL. Bethony and his colleagues used an immunomics approach to their antibody response to Pf malaria. This enabled different statistical and epidemiological associations to be made between a range of antibody response to Pf malaria antigens and eBL, establishing a pattern of immune responses rather than a single immune response, identifying the children who are at risk for developing eBL.

“Plasmodium falciparum malaria has long been suspected as an important trigger to Epstein Barr Virus associated lymphoma of very young children living in Equatorial Africa,” said Bethony. “Our study adds to this literature, explaining that it is not simply the presence or absence of Pf malaria infection, but the breath and complexity of the antibody response to malaria that may be the true indicating factor for who develops eBL and who does not.”

The study showed a significant increase in the risk of developing eBL in young children who had a distinct pattern of antibody responses to several different recombinant Pf malaria antigens, including some antigens which are vaccine candidates. Of special note, the study also found a significant decreased risk of eBL in children with antibodies to SE36, a vaccine candidate protein that has been associated with lower risk of malaria in epidemiological studies. 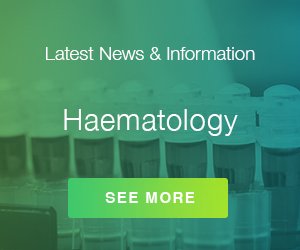